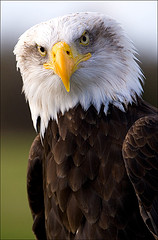 A simple and concise view of a part of East Lake, Oregon for July:

From the West end of the East Lake Campground and looking to the West toward the bird house, there will be a weed bed developing and extending from shore some 20′. Callibaetis will hatch in the vicinity of this around noonish. Fish nymphs in the morning and emerger and dries as the hatch evolves.

Same spot and evening: Midge hatch starts around 6PM and runs to dark and extends out some 150-200 feet. It also runs across the whole breadth of the campground beach toward the boatramp. Stay to the West of the campground. Have hooked some beautiful fish at last light on Midge patterns.

Out from this same spot, about 300′ you will see a brief Caddis hatch starting around 5PM. There are some amazing profiles of trout porpoising over the surface. Not sure if taking Caddis or what, but the Caddis are flying toward shore during that time. Have worked this with pupa and EHC, but not dialed into a big one out there yet.

West side of lake to Pumice slide: Less weeds, but equally productive from the shore outward 100′ (too much past that and over deep water~see topo maps at East Lake Resort) Same Callibaetis nymphs.

Dragon’s, Damsels and usual Woolly Buggers work in addition to Callibaetis nymphs, emergers, dries and a few spinners. Chironomids are ever present. On windy days, an Ant pattern near the shoreline can be good. Have never seen much in the way of Scuds.

The point (just to North of the East Lake Campground boatramp) and then around the corner to the East toward the Hot Springs (the south shoreline) has a significant weed bed and numerous fish. There is a drop or edge out from the actual Hot Springs to colder water, which will harbor bigger fish. Smaller fish seem to inhabit the surface area near the weeds and provide hook ups, but get tiresome after awhile. Early in the year the big Browns cruise this area.

If the weather is hot and the wind still, then it can be an early and late proposition. But, after everyone leaves the lake, save the jiggers and trollers out over the deep water, the Callibaeits can suddenly appear. I had a most memorable hour last year, all alone at noon, as the Callibaetis hatch evolved before me (my observations that day lead to The Orb as an emerger/in the surface fly) and the fishing was fast. I cannot speak for the Cinder Hill area. Early in the season the Hot Springs boat ramp and to the West bay is good for cruising browns. And, far to the North against the cliffs, I am told excellent Brown fishing can be had but I have not rowed that far to test it (boat/motor best there).

This is by no means definitive and of course weather, wind and crowds influence all this. But, a few years observations hopefully for your benefit.