The usual fly fishing progression for a beginner is a floating line and a dry fly. The emphasis is on the surface presentation with the dry. The casting is easier, the presentation easier and the takes visible. The match the hatch mantra seems primary.

Then the beginner is told that fish spend the vast majority of their time feeding subsurface on nymphs. So the fly fisher still uses the floating line, but must now adapt to the nymph and perhaps split shot and a strike indicator. Nymphing must be learned and practiced when no surface
activity (hatch, rises) is evident. A lot of fish are caught this way. Also, Streamers and wet flies are stripped and swung.

As the studies and observations progress, the fly fisher dabbles with a bushy dry fly followed by a dropper pattern. From his studies, he has noticed there is a place in between the fly on the surface and the nymph crawling/drifting along the bottom…this middle to upper strata is a new realm of insects striving for the surface. I don’t suggest a dry/dropper set up for the beginner, unless the casts are kept short (15′ to 25′) with an open loop. It is not that this rig is not productive, rather it just is not an easy setup to cast without tangles for the beginner.

At this point the beginning fly fisher has amassed a body of vague knowledge of the aqua-realm from top to bottom and can operate with occasional success. However, there is one area that should be recognized by the beginner as every bit as important as that celebrated primary realm..the top..the surface…the dry fly realm. The Emerger realm should be  viewed as, in many instances, equal to or more important for success than the surface dry fly world. 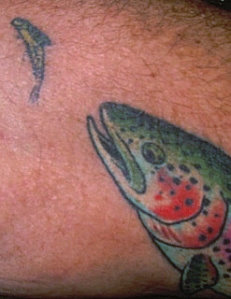 The emergence of an insect (the vertical emergence, not the horizontal crawl-swim emergence) does start at the bottom, but let’s consider the emergence as three progressions/zones: the bottom zone of the stream/lake; the middle zone where the fly moves quickly upward, or wiggles up and down in a teasing dance; and the upper zone where the flies pass through toward the surface in that gluttonous food cart paradise in the top few feet or inches of space below the meniscus.

The bottom zone is fished with various larva/pupa/nymph patterns and accounts for all those feeding fish. The middle zone is often fished as the fly is either retrieved upward through the zone (stillwater) or the fly swings up through it (rivers). Again, a very productive zone. But, for beginners, the upper zone is the neglected zone.

On a lake the fly fisher retrieves to the surface and once within that upper foot or so, they usually have retrieved the fly close to the angler. The fly is jerked upward and loaded to the rear as the cast is hastened to get back down into the lower zones (have you ever hooked a fish on that backward rip…the fly takes the fly at the very end as you jerk toward the surface. On a stream it is much the same technique and again, hits sometimes comes at the top.

I am going to suggest that the beginning fly fisher develop a taste for the upper zone emerger and fish it before, during and after the hatch. Tie or buy emergers that include unweighted nymphs, parachute emergers, stillborn patterns, sinking dry flies.  I would recommend the following book as your emerger bible……. 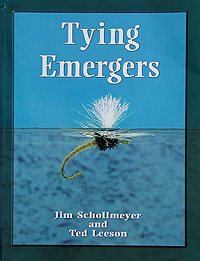 Along with your fly patterns, study rise forms. In particular watch for those subsurface flashes of fish slashing through the rising bugs. Look for those swirls, porpoises, splats, quick sips and slow sips. That original floating line will be your primary fly line, although on a lake if you are hesitant to change rods or spools, you can get by with that Intermediate. Emergers…no fuss, many options, and it can ride in the film or sink a bit. Study them, tie them or buy them and use ’em.

How To Fish Emergers

“Any fly that imitates the natural of the hour without hackle, or with parachute hackle, can make a good emerger. Just trimming the hackle off a standard dry fly with your scissors can also make a dry fly more effective. But flies designed specifically as emergers get the profile of an emerging insect just right. You will read about cripples or transitional duns as well as emergers, but I have trouble believing a trout can tell whether a mayfly is in trouble or just emerging. 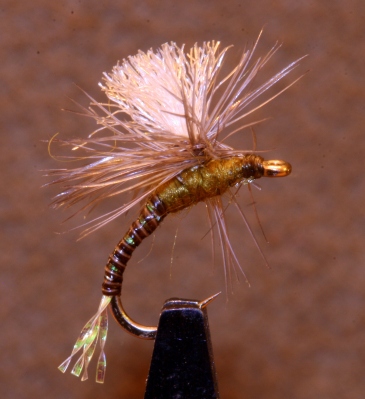 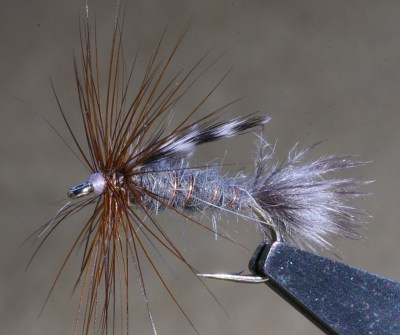 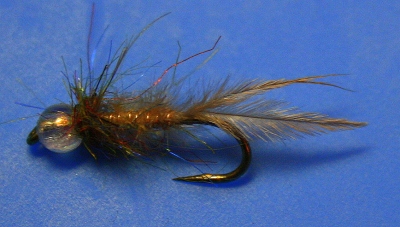