I took this image of the Public Library on Christmas Island because of the community intentions and how the image spoke to me. My eyes never really gazed much beyond the first few words of the sign. Tonight I noticed some faint lettering in the sign…. 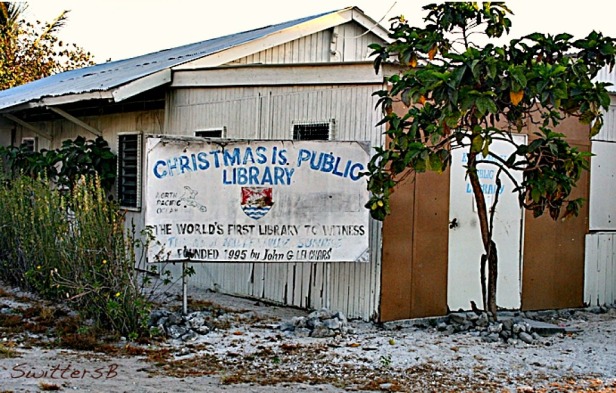 “The World’s First Library To Witness

So, the powers to be in Kiribati arranged to have the country’s position relative to the International Dateline moved to allow a portion of Christmas Island to be positioned to be the first place to witness the new day (sunrise) & actually more practical reasons. Enter the spoilers…those pesky, scientific, busy bodies at the U.S. Naval Observatory, who had to reveal that Christmas Island was a full 25 minutes late to the sunrise party…the honor scientifically speaking going to Pitt Island in the Chatham Islands of New Zealand. Here’s plenty of other USNO Scientific Data for the more astute amongst you…well beyond me.

I mean I assume they know this at the Christmas Is. Public Library….maybe not. I do know that as you walked past this building down to the moored boats a short distance away, you were walking into the emerging light of the sun. First or a close second, the morning started quite beautifully. 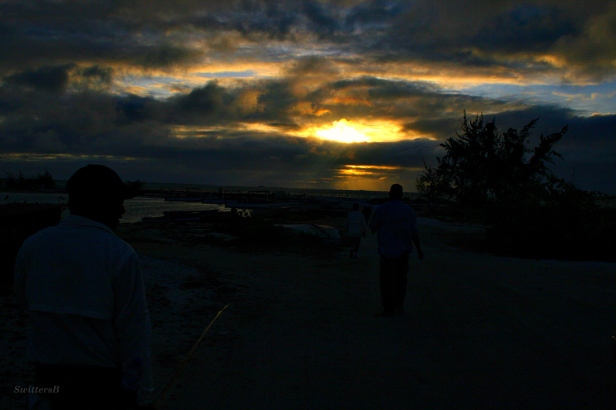