If you have followed along with SwittersB, you know I am capable of acknowledging my ignorance or at least displaying it. Today, I had a short time slot to kill before visiting the dentist. I had my camera and a lens I rarely use (Canon 18-55mm…the basic lens the camera came with). I intended to take some wildflower pics and happened upon a portion of the Columbia Slough (runs parallel to the Columbia River on Oregon side). I was standing there studying the water as I usually do. Suddenly I changed my gaze to the wooded debris in the slough and made, for me, a most remarkable discovery….turtles…dozens of good size turtles basking in the afternoon sun.

I tried to take photographs but the lens did not really afford me my usual ability to zoom in closer. I decided to move closer. It wasn’t as if I was aggressive about it, but all the turtles scurried from the log tops into the water as I approached. I wasn’t even close and they sensed my presence and were gone. Now the interesting part, for me, is I had no idea after years of exploring these waters that turtles even inhabited the area. How did I not know that? I have fished for Carp and Bass in these waters. I have photographed up and down the banks of this slough. Yet, not once in all the years had I ever seen a turtle nor thought they lived anywhere near. It just never occurred to me…turtles…hmmm? 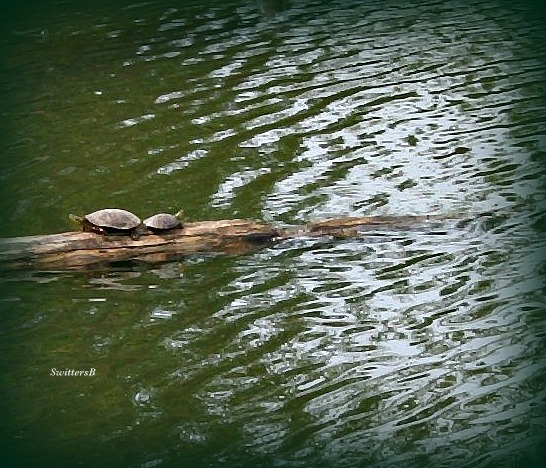 The lens was under powered but you get the idea with these fuzzy shots. It was a very pleasant discovery. I did a little research when I got home re turtles in the Portland, Oregon area and learned more.

2 thoughts on “Willamette Valley Turtles….unknown to me”