Please read every sentence of this piece from the Village Voice. The piece hugely resonates as we are being divided and pitted against each other. I have not read anything so right on in ages that digs to the core of our mind, heart, even soul. Principles over power & politics. 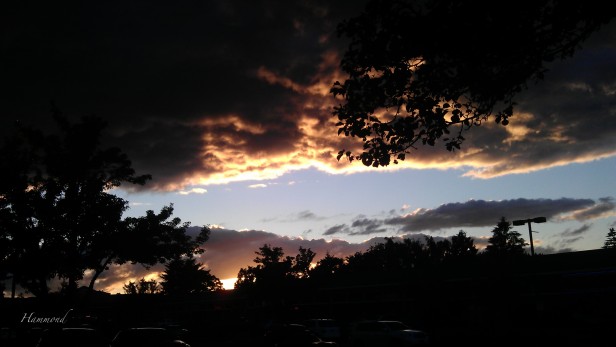 I’m writing because I just can’t deal with my father anymore. He’s a 65-year-old super right-wing conservative who has basically turned into a total asshole intent on ruining our relationship and our planet with his politics. I’m more or less a liberal democrat with very progressive values and I know that people like my dad are going to destroy us all. I don’t have any good times with him anymore. All we do is argue. When I try to spend time with him without talking politics or discussing any current events, there’s still an underlying tension that makes it really uncomfortable. Don’t get me wrong, I love him no matter what, but how do I explain to him that his politics are turning him into a monster, destroying the environment, and pushing away the people who care about him?

Dear Son of A Right-Winger,

Go back and read the opening sentences of your letter. Read them again. Then read the rest of your letter. Then read it again. Try to find a single instance where you referred to your dad as a human being, a person, or a man. There isn’t one. You’ve reduced your father — the person who created you — to a set of beliefs and political views and how it relates to you. And you don’t consider your dad a person of his own standing — he’s just “your dad.” You’ve also reduced yourself to a set of opposing views, and reduced your relationship with him to a fight between the two. The humanity has been reduced to nothingness and all that’s left in its place is an argument that can never really be won. And even if one side did win, it probably wouldn’t satisfy the deeper desire to be in a state of inflamed passionate conflict.

The world isn’t being destroyed by democrats or republicans, red or blue, liberal or conservative, religious or atheist — the world is being destroyed by one side believing the other side is destroying the world. The world is being hurt and damaged by one group of people believing they’re truly better people than the others who think differently. The world officially ends when we let our beliefs conquer love. We must not let this happen.

When we lump people into groups, quickly label them, and assume we know everything about them and their life based on a perceived world view, how they look, where they come from, etc., we are not behaving as full human beings. When we truly believe that some people are monsters, that they fundamentally are less human than we are, and that they deserve to have less than we do, we ourselves become the monsters. When we allow our emotions to be hypnotized by the excitement of petty bickering about seemingly important topics, we drift further and further away from the fragile and crucial human bond holding everything together. When we anticipate with ferocious glee the next chance we have to prove someone “wrong” and ourselves “right,” all the while disregarding the vast complexity of almost every subject — not to mention the universe as a whole — we are reducing the beauty and magic of life to a “side” or a “type,” or worst of all, an “answer.” This is the power of politics at it’s most sinister.

At its best, politics is able to organize extremely complex world views into manageable and communicable systems so they can be grappled with and studied abstractly. But even the most noble efforts to organize the world are essentially futile. The best we can usually achieve is a crude and messy map of life from one particular vantage point, featuring a few grids, bullet points, and sketches of its various aspects and landmarks. Anything as infinitely complex as life, reality, and the human experience can never be summed up or organized in a definitive system, especially one based on “left or right,” “A or B,” “us or them.” This is the fatal flaw of binary thinking in general. However, this flaw isn’t just ignored, it’s also embraced, amplified, and deliberately used as a weapon on the very people who think it’s benefiting their way of thinking.

Human beings crave order and simplicity. We cling to the hope that some day, if we really refine our world view and beliefs, we can actually find the fully correct way to think — the absolute truth and final side to stand on. People and systems craving power take advantage of this desire and pit us against each other using a “this or that” mentality. The point is to create unrest, disagreement, resentment, and anger — a population constantly at war with itself, each side deeply believing that the other is not just wrong, but also a sincere threat to their very way of life and survival. This creates constant anxiety and distraction — the perfect conditions for oppression. The goal of this sort of politics is to keep people held down and mesmerized by a persistent parade of seemingly life-or-death debates, each one worth all of our emotional energy and primal passion.

But the truth is, the world has always been and always will be on the brink of destruction. And what keeps it from actually imploding is our love for life and our deep-seeded desire not to die. Our love for our own life is inextricably connected to our love of all life and the miracle of this phenomenon we call “the world.” We must give all of ourselves credit every day for keeping things going. It’s an incredible achievement to exist at all.

So we must protect and respect each other, no matter how hard it feels. No matter how wrong someone else may seem to us, they are still human. No matter how bad someone may appear, they are truly no worse than us. Our beliefs and behavior don’t make us fundamentally better than others, no matter how satisfying it is to believe otherwise. We must be tireless in our efforts to see things from the point of view we most disagree with. We must make endless efforts to try and understand the people we least relate to. And we must at all times force ourselves to love the people we dislike the most. Not because it’s nice or because they deserve it, but because our own sanity and survival depends on it. And if we do find ourselves pushed into a corner where we must kill others in order to survive, we must fully accept that we are killing people just as fully human as ourselves, and not some evil abstract creatures.

Love your dad because he’s your father, because he made you, because he thinks for himself, and most of all because he is a person. Have the strength to doubt and question what you believe as easily as you’re so quick to doubt his beliefs. Live with a truly open mind — the kind of open mind that even questions the idea of an open mind. Don’t feel the need to always pick a side. And if you do pick a side, pick the side of love. It remains our only real hope for survival and has more power to save us than any other belief we could ever cling to.

14 thoughts on “Must Read: Immense Wisdom from Andrew WK at Village Voice”