Then Boston Herald photographer, Stanley Forman captures the heart wrenching tragedy of the collapse. Forman received a Pulitzer for the images.

Diana Bryant died from her sustained injuries after falling five stories. Little Tiare Jones landed atop Bryant and survived, although injured. Below, a firefighter performs mouth to mouth on the girl. 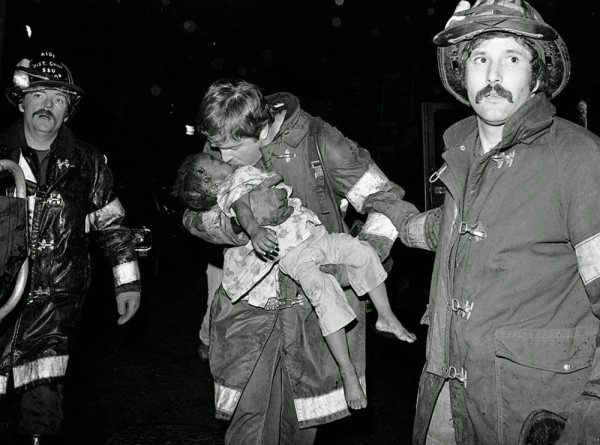